What I really want to know is if James Deen will reprise his role. 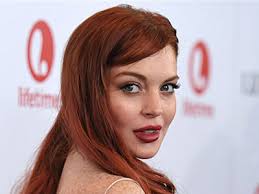 It would be a first in parodies … the actual star of a mainstream movie also starring in an X-Rated version of that same movie! How cool is that?

Vivid may want to consider LiLo herself to reprise her role, too. Lord knows she is hard up for cash these days if she’s borrowing money from Charlie Sheen and asking Lady Gaga to spot her some cash.

No word on whether Bret Easton Ellis, who penned The Canyons, will be recruited to write the script. Not that there will be much talking.