Scotland Now Has Its Very Own ‘Macbeth’ Tour

Move over, Sex & The City tours. (Seriously, do those things still exist?) Scotland is counting on enough rabid fans of William Shakespeare’s play Macbeth that it has created a tour of locales pertinent to the book in attempt to boost tourism. 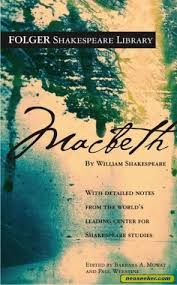 As the UK’s Telegraph reports, Macbeth was a real-life Scottish king (also known as the Thrane Of Glamis) who reigned from 1040 to 1057 and lived in castles throughout the country. But unlike our conceptions of tourist-trap-style tours which take place on double decker buses, this Shakespeare tour will be for individual motorists.

The Scotland Herald describes the locations on the tour to include "Glamis, Lumphanan, a village in Aberdeenshire where Macbeth was killed in battle in 1047, and Cairn O’Mount, Aberdeenshire, where Macbeth took his supporters en route to Lumphanan."

The tour also hopes to separate facts from fiction, as some Scots are apparently butthurt by the way Macbeth was misportrayed in the Shakespearean play. Oh, those Europeans!