Some good news for once! Quvenzhané Wallis, the pint-sized star of Beasts Of The Southern Wild, will star in the remake of Annie. 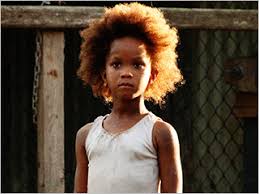 Rumors have been circulating that Quvenzhane — who can sing and dance, apparently — could play the titular role after Willow Smith, who was originally cast to play Annie, aged out of the role. The Annie remake is being co-produced for Sony and Overbrook by Willow’s parents, Will and Jada Smith, and Jay-Z. The film is due out during the holiday season of 2014, The Wrap reports.

Quvenzhané Wallis, age 9, has been nominated for a 2013 Academy Award for Best Actress for her role as Hushpuppy in Beasts.