Oh, Good: Rihanna’s Dad Thinks It’s Fine She And Chris Brown Are Back Together 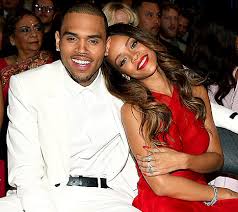 Rihanna’s father, Ronald Fenty, who has a past history of domestic abuse and drug addiction, told the UK’s Sunday Mirror newspaper that he’s A-OK with his daughter giving a "second chance" to the man who beat and strangled her:

Chris made a mistake… a terrible one. But I’m a great believer that everybody deserves a second chance and Chris is no different. Everybody goes wrong at some point. I certainly have. But it is how you come back and live your life which is important. And as long as she is happy then so am I. Everybody has had their say about her and Chris but it is up to her to find her own way. Chris has always been polite and kind to me and treated me with respect. That’s all you can ask from your daughter’s boyfriend.

That’s all you can ask from your daughter’s boyfriend? That’s … all?

These are Ronald Fenty’s first face-palmy comments about Chris Brown — back in October he said "Everyone adores Chris" and "he’s a super guy" and expressed hope that Chris Brown and Rihanna get married.  With family like this. it any wonder Rihanna settles for as little as she does?