Fashion Dog Could Be Evicted From His UES Penthouse

Oscar the six-year-old chow chow/golden retriever mix lived a dog’s life in his Upper East Side penthouse at East 68th Street and Second Ave. But not anymore: now Oscar’s rich neighbors are conspiring to kick out the pup after he allegedly bit three neighbors and the doorman. 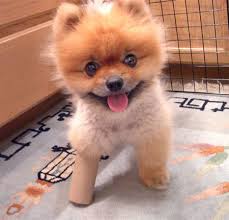 Oscar belongs to 82-year-old fashion designer Edgar Bradau, an early mentor to Ralph Lauren who sold his clothing line to Saks and Neiman Marcus. He denies his pup (not the one pictured here) is a cold-blooded killer. "Oscar kisses babies," Brandau told the New York Post. "He comes to church with me all the time."

But still the co-op board had voted to insist Oscar wear a muzzle while entering and leaving the building.  Brandau, who has owned his 12th floor penthouse for 60 years, has not complied with their order, which is why the co-op board filed a lawsuit in Manhattan Civil Court to get Oscar evicted.

His owner says he and Oscar aren’t going anywhere. "I have letters from my doctors saying my dog is essential to my health," he told the Post. A likely story …

These neighbors had better step off. Everybody knows you don’t get between a rich fashion type and their beloved dog.